Bored by their life spent in a little cottage, Vasilache and Marioara decided that it is time to start a new journey. What they don’t know yet, is the plethora of adventures that are waiting for them, by traveling through both time and space.

Ionuț Constantinescu reframes and adapts the traditional fair theatre story of Vasilache and his wife Marioara, into a new context, with new characters, fantastic encounters and enchanted objects. This time, the main characters become explorers and come across, during their journey with God, the Devil, Death, Elvis Presley and many other characters that add humour to the plot.

„In general, in the fair theatre and especially in the context of Vasilache and Marioara plays, there are iconic characters, which always win the situations by using their cunningness and kindness. I kept this traditional way of portraying the main characters but I also added a certain ingenuity that is specific to curious people and knowledge seekers.

I wanted to ressurect the fair theatre genre, which unfortunately, was lately forgotten. The power of this genre lies in the esentialization of the moralizing message. Out of this emerges the impact that this kind of genre has on its viewers and also it is the dimension where the comic dwells.” –  Ionuț Constantinescu, director 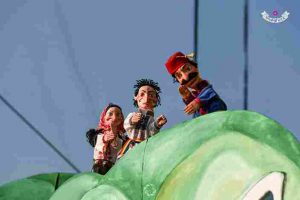 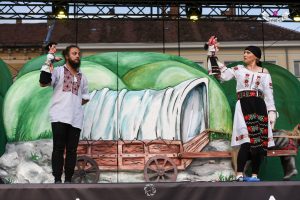 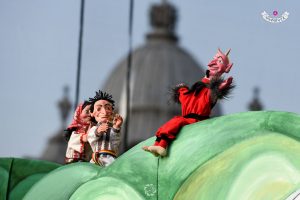 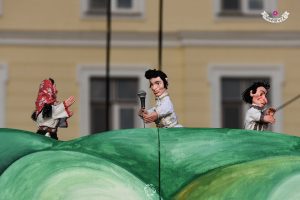 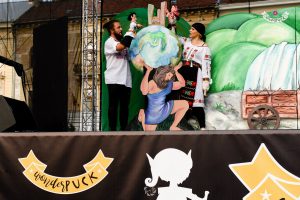