“Andersen’s story conveys a heart-warming message about friendship with affection and tenderness, in a universe dominated by ice, both literally and figuratively speaking. The challenges Gerda has to face and overcome with great effort and sacrifice, in order to test her devotion to Edgar, reveal the strength of an developing character. While maintaining the narrative and the key moments, I still consider that the prologue is the turning point of the show – the building and the shattering of the mirror, the scattering of the distorted pieces and its reassembly in the end – all these constitute a spectacular literary cohesion.” 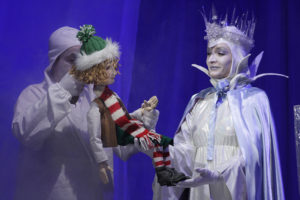 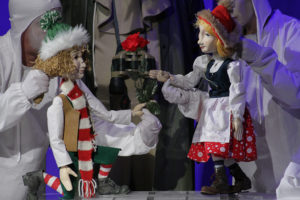 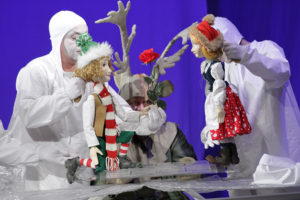