The nonverbal show entitled Street of Angels, created and directed by Decebal Marin, speaks about the bond between our world and that of angels. The poetic language specific to the marionette show intercepts everyday life features which, with the intervention of angels, awaken kindness in people’s souls, also raising awareness to the beauty of our surroundings. Being the first show of its kind, it puts special emphasis on emotional intelligence by attempting to reconstruct the bridges which connect the rationality of grown-ups with the purity and innocence of children.

“This performance is not about learning something, but it is rather a delicate and sensible awakening which is scenically transfigured into a specific note. We aim to touch the soul of those who are open towards a deeper understanding.” (Decebal Marin) 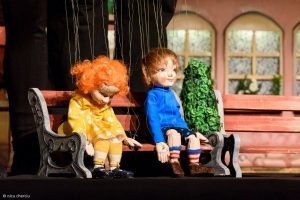 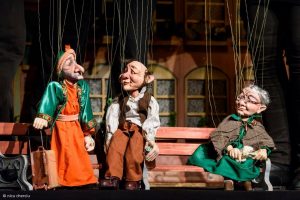 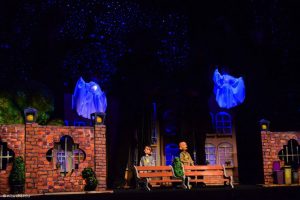