after A Middsummer Night Dream by William Shakespeare

This adaptation proposes a nonconformist view in contrast with the mainstream mise-en-scene but also it is the most suitable one. How else one could illustrate the unsetteling actions of the destiny over humanity? The world of humans is directly manipulated by the gods and by misterious forces, with a logic unknown to us. Here, the gods are pulling the strings in full view but humans cannot see them.

The Adventures of Puck is a show adapted after William Shakespeare’s play into a esentialized manner. It is a performance that addresses the young audience and is meant to wake their curiosity about the big culture of the world. It is an adventure of knowledge.

Puck, the elf, which is the patron of the children’s theatre in Cluj, becomes the guardian of the spectators thorughout differnt worlds: the world of gods, the world of fairies and the world of mortals. Animation theatre is used as a tool in order to better understand the intervowen fantastic realms.  The world of mortals is represented by puppets in contrast to the world of gods and fairies. Symbol of fate, Puck, triggers magical experiences and chaotic situations, full of humour. 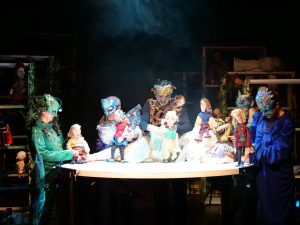 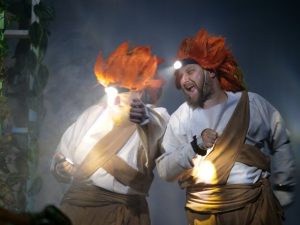 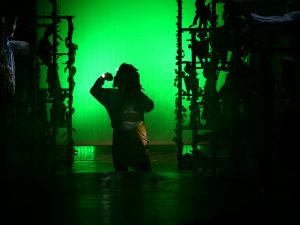 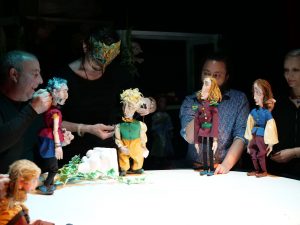 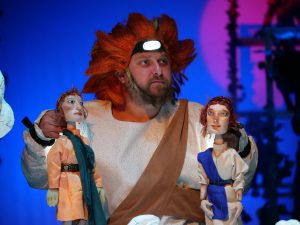 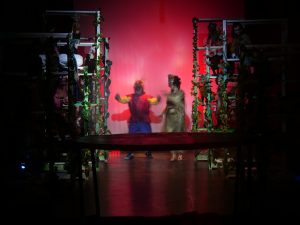