Recomanded age: 4+
Premiere: December 15th 2015
The play was put on stage with the support of the Bethlen Gábor Fund.

The play entitled Mimorózart was born by combining the work of two artistic geniuses: the visual world of Joan Miró and the music of Wolfgang Amadeus Mozart. The show is dedicated to children older than four years as well as adults. The performers are travellers, clowns, wanderers who create the universe of Mimorózart for us, where our imagination is set free. The show comprises ten etudes with puppets, in each one actors using different puppeteering techniques. Miró, just like the puppeteers, has a peculiar relationship towards objects. His grandson, Joan Punyet Miró relates the following: “He had a whole collection of unusual objects. All kinds of weird and astounding items, which he had removed from their original context and rearranged them in new, homogenous sets, generating a rich and productive ground for spontaneous ideas.” The creators of the show followed the master, and “resurrected” the objects by playing with their colours, shapes and textures. Each item has been approached with the enthusiasm, curiosity and sense of wonder of a child. The milieu of the play is fresh and vivaciously playful thanks to Mozart’s music. The performance is overflowing with humour, harmony, joviality and freedom of play. 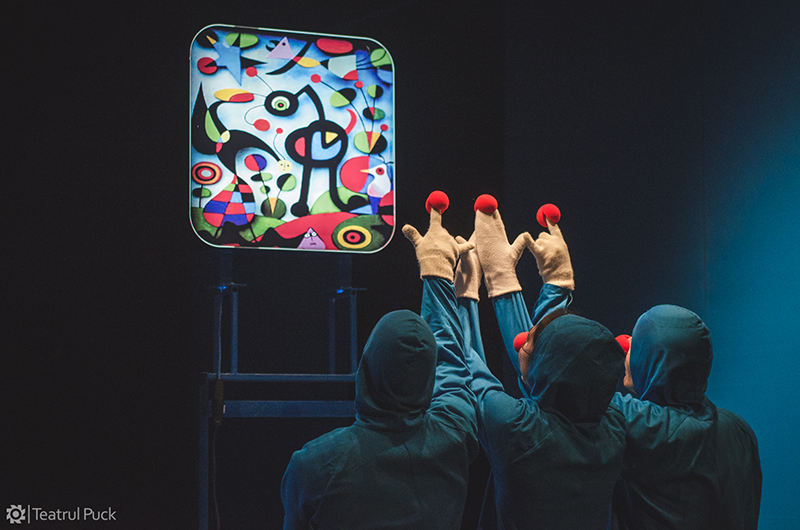